Daniel Pink is one of our favorite authors here at 12min. His provocative looks on the most diverse subjects bring great perspectives, and in Drive, he shows his vision of how people are motivated. Contrary to most who believe that the best way to motivate someone is to use financial rewards, Pink brings a new approach to the subject. According to Pink, the secret of motivation and high performance at school, work, and business is based on three pillars: the human need to control its destiny, the need to become better at things that interest us, and doing something that has meaning to us and the rest of the world.


But, What Is This Motivation?

The word motivation comes from Latin, with origin in the verb movere which means “to move”. Motivation is simply the force that moves us from point A to point B. It helps us achieve goals and objectives and do what it takes to achieve what we seek in our lives.

The Old Way of Motivating…

One of the simplest ways to motivate someone is through incentives and penalties. Daniel cites the example of the motivation through the carrot and the stick, which represent, respectively, the rewards and punishments. Companies around the world use this model to motivate their employees and ensure that there is engagement at work. But for Pink, when the subject is motivation, there is a significant lack of synchronicity between what science knows and what the market uses. The business operating system is built to work with external motivators, carrots, and sticks, which do not always work and often end up harming employees. The way the contemporary world understands motivation still relies heavily on our biological priorities, such as hunger and the need to procreate and obsolete incentives. In 1949, an experiment proved that the ability of monkeys to solve puzzles was hampered by the use of incentives and punishments. This research served as a basis for Pink to explore the mechanics of human motivation and to write the book Drive. Pink advanced his research, while traditional forms of motivation continued to thrive. Pink analyzed Wikipedia’s growth in popularity, the success of free software companies such as Mozilla and the Apache Foundation, and the growth of nonprofits to show that there were other forms of motivation beyond motivation based solely on carrot and stick. Models such as Wikipedia or free software companies do not operate on this model and challenge their fundamental beliefs that to motivate one needs incentives and punishments.

The Evolution of Motivation

Per Daniel Pink, motivation has evolved and what motivated people in the past is no longer as effective as it used to be. He categorizes three main phases of motivation, using version numbers.

In the universe of motivation 3.0, people become more creative and productive when they feel motivated by interest, satisfaction and challenged by the work itself, rather than by external factors, extrinsic motivation.

Children strive to achieve small goals: They play with great curiosity and experience freely in an attempt to understand the world. They are intrinsically motivated when they are young, but things don’t always go like this. Intrinsic motivation is gradually lost when a person is confronted with a world in which everything is based on extrinsic motivation. As children, we are motivated by our inner desires to learn, to discover and to help others. But as we grow, we are programmed by our society to need extrinsic motivations, and so we must be aware. The motivation for external factors is based on the idea that if we want to reinforce behaviors that we like, we need to encourage them and if we want to reduce behaviors we do not like, we need to use some kind of punishment. However, when people are motivated only by external rewards, they usually shift their focus from work itself to the reward of work. Pink cites as one of the examples of new motivation, the creation of Wikipedia. Tens of thousands of people write and edit articles for Wikipedia voluntarily every day, without receiving for it. They invest valuable time in this effort and receive no material reward in return, no extrinsic reinforcement. Although the growth of Wikipedia has been dependent on volunteer writers, the project has become a huge success. The rival encyclopedia, Microsoft Encarta, whose development was done by well-paid professional publishers and authors, succumbed to Wikipedia’s success and was eventually taken from the software giant’s product catalog. Focusing only on external rewards can cause systemic problems in companies, such as focusing on short-term results. If a quick reward is the goal, often the long-term effect can be devastating. Symptoms of focus exclusively on extrinsic rewards include:

To prove this in one experiment, participants were asked to find a way to attach a candle to a wall, a classic puzzle, whose solution required creative thinking. For half the participants, a cash bonus was promised to solve the problem quickly. Instead of inspiring the financially rewarded participants to think creatively, the focus on reward dramatically hampered their performance and this group had much more difficulty solving the puzzle. That does not mean that companies, however, should stop using external rewards.

It is necessary to understand that for routine activities that do not require much creative effort, rewards can give a gas in team morale without causing collateral damage. To use traditional incentives, á la carrots and sticks with more success you need to understand and communicate the following :

For non-routine and non-repetitive tasks, rewards are more challenging. Especially conditional rewards for completion of work. In this case, unconditional rewards or surprises upon completion of the task may be more effective. When a tangible reward is given unexpectedly after a person completes an important task, they tend not to be understood by the receiver as the reason why he does the task itself, and this is less damaging to intrinsic motivation. To keep this kind of reward running, it is suggested that you offer intangible rewards, such as public recognition and feedback. Also, you need to give people complete information about the reasons for your work and its importance at all times.

Most of the time, higher wages or threats of dismissing unprofitable employees will not make your company a significant increase in motivation and productivity. But then, how to develop this new motivation in your team? For Daniel Pink, there are 3 fundamental pillars:

One of the most common ways to establish autonomy in your work environment is to create a culture focused on results, where people have the freedom to get to the office when they want, with no fixed timetable. What is essential in this scenario is that people turn in their tasks and achieve the expected results. Autonomy emerges when people can choose their tasks, techniques and even their team. Autonomy stimulates intrinsic motivation, and people with high intrinsic motivation tend to be better professionals.

While most companies focus on increasing their profits, to have a more productive team, we should think about how to make our companies more focused on a goal. Purpose and profits should not compete, and the best companies focus on having profits to move faster towards their purpose. And this generates a virtuous cycle, which maximizes profits. These companies use communication more focused on empathy with the world and on policies that allow people to pursue their purpose rather than in the self-interest of the business. An excellent example of a company that adopts this type of posture is Apple. Apple’s fundamental goal is to create products that people love. By creating these products, the company maximizes its profits, because if people love these products, they buy them frequently and remain faithful to the brand. Motivation 3.0 does not reject profits, but it puts focus on purpose and profits are a fuel that helps companies to be more faithful to their purpose.

If your team is not worried about financial problems and you pay market-fit salaries, your company should not focus solely on motivation based on rewards and punishments. People want to take control of their work, become more and more excellent at what they do, and be part of something that is important. Treating your team as we treat animals with carrot and stick is not a good idea. If you are a leader who truly understands the ways of motivation and how they work, it will change your rewards and promote autonomy, excellence, and meaning in your team’s culture. Adopt this new motivational model, and you will quickly see more engagement, happiness, and productivity in your company! 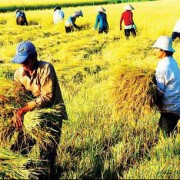 Switch: How to Change Things When Change Is Hard

Thinking in Numbers: On Life, Love, Meaning, and Math

The Art of Living: The Classical Manual on Virtue, Happiness, and Effectiveness